New York: this quintuplex at the top of the Woolworth Building is the most expensive apartment in the history of the city

A quintuplex located at the top of the famous Woolworth Building in New York has been put up for sale for $ 110 million, which in case of purchase would make it the most expensive apartment in the history of the city.

Five levels, approximately 900 square meters, a 220 meter high terrace, a private elevator and up to 7 meters high ceiling are some of the attributes of this exceptional apartment created by the real estate developer Alchemy Properties, according to elements sent to the AFP by a spokesman.

Renovation and fitting out of this historic building, which covered 33 apartments in addition to the quintuplex, was carried out by the French architect and decorator Thierry Despont, whose renovation included the Statue of Liberty.

A masterpiece combining the art deco and neo-gothic styles, recognizable by its gray-green copper roof, the Woolworth Building was completed in 1913 and was the highest building in the world, with 241 meters.

It remained so for 17 years, before being dethroned by the Bank of Manhattan Trust Building (282 meters), now owned by the Donald Trump real estate empire.

His name was given to him by the tycoon of department stores Frank W. Woolworth, who made him the headquarters of his company, in the extreme south of Manhattan, not far from the World Trade Center. The Woolworth group (now Venator) finally sold it in 1998 as it fought for its survival before disappearing.

Realized less than 20 years ago, the transaction was made for $ 155 million, an amount close to the price of the quintuplex today put up for sale. 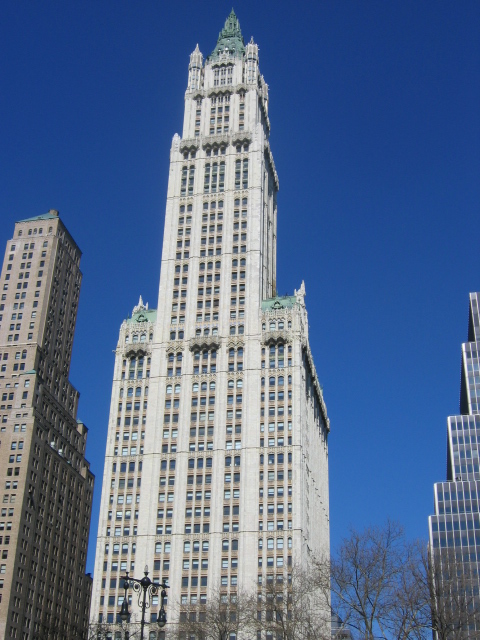 In the event of sale, the apartment would become the most expensive in the history of New York, in front of a duplex of the building One57, located on the 57th street in Manhattan, bought for 100.5 million dollars, according to several American media .

Citadel chief executive Ken Griffin said he would have acquired three floors of the tower currently under construction at 220 Central Park South, on the famous park, for $ 200 million, according to several media, but the transaction never been confirmed.